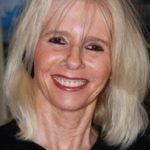 Nancy is the founder and Executive Director of The Lacey Jarrell Foundation. She is Lacey’s mother and the mother of Will Jarrell, an attorney in San Diego. Nancy holds a Master’s Degree in Counseling/Psychology and is a licensed psychotherapist and published author. She worked at Sierra Tucson for over 15 years as a therapist and as Clinical Director. Her expertise is in the treatment of addictions and trauma. She is the author of The Sabino Model: Neuroscience Based Addiction and Trauma Treatment which she put into practice at a 50 bed residential behavioral health facility she founded. Her program emphasized using empathy, compassion, and nurturing to help those who suffer. She is an international presenter, published author, and has a unique versatility in the provision of psychotherapy.  Nancy has worked with individuals and families treating addictions, trauma, mood disorders, traumatic grief, PTSD, and other mental health issues. As a result of her loss, she now also specializes in working with other bereaved parents. She currently owns a private practice in Tucson; Integrative Therapy Service. Nancy has been an avid horsewoman since childhood. Some of her pass times include assisting young artists, horseback riding, yoga, neuroscience study, writing, hiking, working out, and exploring spiritual teachers and practices. Her two children have been her greatest passion. She recently published a book on traumatic grief and losing Lacey. The Loss of Lacey can be found here: The Loss of Lacey

Jack is the Vice President of The Lacey Jarrell Foundation. He named and created the design for the logo for Green Star Art and was paramount in helping Nancy develop the Foundation. He cared for Nancy through the first nine months of her grieving process and was instrumental in the implementation of the foundation . In November of 2010 Jack and Nancy were married. Jack has held many senior level positions in the business world for over 30 years from President and Chief Operating Officer of Trump Plaza Hotel and Casino to Executive Vice President and Chief Operating Officer at Merv Griffin Resorts and has managed organizations with upward of 3000 employees. He was also President and General Partner of Greenville Casino Partners, Inc., CEO and shareholder in Sierra Tucson and Miraval Resort until its 2005 sale to Steve Case. Jack co-founded the residential behavioral health facility with Nancy where as CEO he supported the implementation of Nancy’s new treatment modality The Sabino Model. Jack’s past experience with start-up businesses was vital to the success of the facility. Currently, Jack is the CEO of C4 Recovery Foundation. He is a published author by Simon and Schuster, a mountain climber, tri-athlete, avid hiker and rock climber, and horseman. Jack has traveled all over the world, climbing Mount Everest to name only one and helping indigent people but is most passionate about his role as father to his lovely daughter Laura O’Donnell Bielecki.

Will Jarrell serves as a Director on the board of the foundation and is the organization’s legal advisor. Will is Nancy’s son and Lacey’s older brother. Will graduated from The University of Colorado with a B.A. in English. Following a year off to help his mother form the foundation he moved to San Diego, CA where he attended law school at California Western School of Law. Will graduated in 2012 and later passed The California Bar Examination. Will currently works as an Attorney of Law in San Diego and also passed an additional bar exam giving him eligibility to practice law in 22 other states. Will is a licensed attorney in California, Texas, Oregon, and Washington. He is a member of The United States District Court for the Central District of California, The Criminal Defense Bar Association, The U.S. District Court for the Southern District of California, The San Diego Bar Association, The U.S. District Court for the Northern District of California to name a few. Will is a talented creative writer and volunteers in a variety of San Diego community events that support social justice and feeding the homeless. Will’s passion for his family, his intelligence and creativity, and his legal expertise make him a significant director of The Lacey Jarrell Foundation. He provides advice to the board on an on going basis and comes back to Tucson for every event relevant to his sister, Lacey. In June of 2016 he married Katherine Grace Jarrell who is employed in the field of marketing in San Diego. Will is an avid fan of both college and national basketball. He enjoys fitness training, is passionate about music, and enjoys attending music concerts.

Victor was 16 years old when he and Nancy met at one of the first Lacey Jarrell Foundation events at Gallery Row in Tucson. Nancy was impressed with Victor after he approached her and introduced himself offering to volunteer for the foundation after reading about the organization in the newspaper. Already a talented artist at 16, Nancy came to appreciate his artistic talent, professionalism, and his kind and endearing personality. They became fast friends and Victor has remained a significant supporter of the foundation. Today, at the age of 30, Victor has established himself as a highly credible artist both nationally and internationally. In 2009, Victor established The International Art Exchange which dedicates its efforts to the promotion of the fine arts and community engagement. As Founder and President of The International Art Exchange, Victor annually coordinates cultural art exhibits in different host countries. Past art exchanges have taken place in Mexico, Spain, France, and the U.S. Victor is planning the 2021 event in Dubai. A past recipient of a Lacey Jarrell Foundation scholarship, we are honored to have him as a Board Director as his vision, his belief in mutuality, kindness, and giving back are just a few of his many attributes that helps lead the foundation into the next decade.

Sylvia Intrieri is a native Tucsonan with two children and has been married to her husband Ken for over 35 years. They are joint owners of Ken Intrieri Agency, Inc. and have worked for 25 plus years in the insurance industry. Sylvia and Nancy have been close friends for 40 years. Sylvia is Nancy’s son Will’s godmother. Nancy is Godmother to Sylvia’s daughter Kendra. Sylvia has been an active member and volunteer of her Church and has served as a volunteer for Teen Challenge, Angel Charity, Shop with a Cop, and now serves as a valuable board member for The Lacey Jarrell Foundation. She is an avid runner and enjoys walking, weight training, fishing, traveling, motorcycle riding, and jet skiing. Her contagious sense of humor has kept the foundation focused on the positive even during the hard times.

Joséphine first came to live in Tucson for a year in 1947.  Then on and off from 1956, making permanent residence in 2003.  She is a graduate of Catalina High School (Tucson), the University of Arizona and Goucher College.  Joséphine holds Master degrees in Historic Preservation and Legal Studies (environmental law and policy) and a doctoral degree in Arid Lands Research Studies.  She is currently working on several manuscripts for books.  Additionally, Joséphine’s involvement with the arts began at the age of five years with drawing lessons from family friends, Ada and Gaetano Cecere, and led to studies and employment in architecture and design. Joséphine first became involved with young people as a Brownie troop leader and as a member and president of the Southold (New York) Union Free School District.  Involvement continued in Santa Fe, New Mexico as a volunteer ESL tutor in a 6th grade class in the Santa Fe school system and as a substitute teacher at the Santa Fe Indian School.  Upon returning to Tucson and graduate studies, she became a Teaching Associate for an Africana Studies professor and later a tutor with the SALT Center.  She has been a tutor at Pima Community College and a mentor with the Arizona Assurance program. Joséphine is committed to helping young people achieve their goals.

Cyndy served as the Secretary of The Lacey Jarrell Foundation and Marketing Chair for all the Foundation and Green Star Art Events since its inception.She has been instrumental in the creation of The Lacey Jarrell Foundation and promoting all the foundation’s events through her pro bono services and generosity. She continues her support of the foundation as a Board Advisor.  Cyndy owned and operated Many Hats Advertising, Ltd. which she established in 1996. Many Hats was the culmination of Cyndy’s advertising, design, marketing, and media relationship-building experience in several markets. Cyndy has held over a 30-year career in this industry in Tucson and prior to that owned a design business in Flagstaff, Arizona. She also held a position in design and public relations in Washington, D.C. Cyndy’s broad experience ranges from clients like W.L. Gore to The Folger Shakespeare Library, to National Manufacturers, and Miraval Resort. Cyndy served four terms as board member of the Tucson Advertising Federation. She won Tucson’s Advertising Professional of the Year Award for 2008. She has also produced and executed the Tucson Advertising Federation’s ADDY awards for four years and earned numerous awards since 1992 in print, television, radio, and outdoor. Cyndy continues to be actively involved in giving back to the community. She has been a close friend to Nancy for 25 plus years and her son Lee is the best friend of Nancy’s son Will. She has also supported the following charities: The American Liver Foundation, The St. Gregory Scholarship Fund Sip Event, Tu Nidito, The Boys and Girls Club of Tucson, The Southern Arizona Aids Foundation, Zoocson, Dine Out for Safety, Angel Charity and served as the marketing co-chair for The Boys and Girls Club of Tucson 2009 food and wine fundraiser. She was the Director of Marketing for Canyon Ranch for several years. She is an avid hiker and excels in outdoor sporting activities promoting conservation of our national parks and trails.